"(The Abuser) Was Always Nice to Me!" 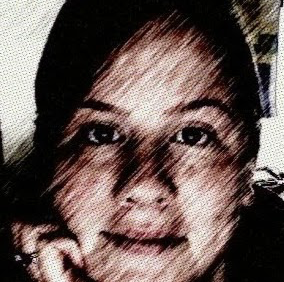 My husband loves the TV show Lost. He discovered it in the early days of Netflix when binge watching was new. I hated it. I couldn’t handle not being able to predict what was happening. I even watched the episodes without him so when we watched it together I could pretend I saw it coming.


I always want to see it coming. I wanted to have seen it coming in The Sixth Sense. I want to rely on my experience and knowledge to tell me why my kid suddenly won’t sleep. I want the lady yelling that my grocery cart is rolling away into the road to know I’m a mother of six and I’ve got it. I want to see red flags and warning signs of abuse and call that shit out. If I know, then I am in control.

I’m not alone in this.


When allegations of abuse come to the surface, an abuser confessed or is convicted, people close to the abuser say “(Blah blah blah) pillar of the community! Goes to church on Sundays! Paid my rent when I needed it! Selfless! *Always was nice to me!*"


What we fail to remember is that the world of an abuser is carefully orchestrated. There’s the grooming of victims, but that doesn’t matter if the environment isn’t controlled. Your vic sees you palling around with every person they’d go to for help and they absolutely believe the “you tell anyone and they won’t believe you” routine. Abusers rely on their good deeds to help them remain unpunished. There might be different ways of maintaining the illusion, but just because someone was nice to you, makes great music, or has a way with words on Sundays, it doesn’t mean abuse allegations aren’t credible.


The victims of abuse are not the only victims. We continue to cover for abusers when we look for ways to blame victims for their own assault or sexual abuse or manipulation. It is almost as though we believe that, if we can shift the blame to those that were wrecked by abuse, then we can walk away unscathed. But we don't.
Posted by Jess Fayette at 1:53 PM