I did not have to spend time as a domestic and sexual violence advocate in a big city to be a witness to injustice. The rural setting was enough. I watched women fight to regain custody of their children when it was lost through no fault of their own. I was witness to women fighting to keep from getting fired because of a stalker. I held the hands of women reliving abuse so horrific that those battles replayed in their minds so often and vivid that they thought they were experiencing it again. I have been there while women of all shapes, sizes, ethnic and socioeconomic backgrounds struggle to use every coping skill under the sun to survive.

They went through the ringer with a less than perfect justice system. Judges and lawyers with limitations. Officers who cared, but did not have a prosecutor (for whatever reason) that was willing to help. Officers that did not want to be involved in a "family matter" or thought rape was a "lesson to be learned."

For many reasons, one being confidentiality, I won't go into the sordid details. Being a witness to this sort of thing does not just go away. It wasn't possible to take off the advocate hat once I had worn it.

This is why I am particularly bothered that, as we near the close of yet another Sexual Assault Awareness Month, I get to read about a male Catholic blogger who does not believe feminism serves a purpose. I won't link to the post. I am sure many of you have read it. When I post a response from another blogger to his post, I see my Facebook 'likes' go down, so I would venture to guess some of you agree with him. I can't write up a response better than Simcha or Destiny, so I will just politely say that women have not gained equality yet. I saw someone on Facebook talk at length about not needing feminism because God gives her all the equality she needs. What about other women? Being equal in the eyes of God has not stopped the porn industry from stripping every ounce of dignity from women. It has not stopped men from thinking being married means they have free reign over their wife as though she is property. It has not stopped women in other countries from being pariahs once they are brutally raped by a man who is not their husband. God-given equality, inherent dignity if you will, is powerful. It means we have even more of a duty to end rape culture and violence against women. It means we have a duty to protect our children from a culture that oversexualizes our girls and teaches our boys that power is all that matters.

It makes me very sad to see that there are Catholic voices not getting it. 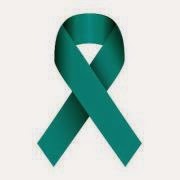 A few days ago, I was perusing the barrel of laughs that is Facebook. It was filled with various Frozen video shares, some quippy memes, updates, some bison running on a road, and a discussion about the poor and the rich in America. A friend of a friend asked (and I am paraphrasing here)

"If everyone is fed, does it matter how big the gap is between the wealthy and the poor?"

Since I am wading through the dense paragraphs in the Compendium of the Social Doctrine of the Church (that link will get you all the sources for the quotes below), I have been knee deep in this subject matter for nearly a month now. I also spent several years working with the welfare population in a not-so well off town. I am not agreeing or disagreeing with the above statement, but I ask that you keep it in mind as I ramble through this post.

A few sections in Chapter 4 of the Compendium really struck me, and I would like to share them:

165 A society that wishes and intends to remain at the service of the human being at every level is a society that has the common good — the good of all people and of the whole person  — as its primary goal. The human person cannot find fulfillment in himself, that is, apart from the fact that he exists “with” others and “for” others.


I have long upheld that it is not my duty to vote for the government to care for those in need, but for me to do this myself. I believe that the best way to serve those in need, is at the smallest level possible: first in family life, and then our communities. The bigger the pool of people becomes, the more difficult it becomes to provide tailored services that provide the most help, without enabling or prolonging the suffering.

166 The demands of the common good...concern above all the commitment to peace, the organization of the State's powers, a sound juridical system, the protection of the environment, and the provision of essential services to all, some of which are at the same time human rights: food, housing, work, education and access to culture, transportation, basic health care, the freedom of communication and expression, and the protection of religious freedom.


The freedoms listed above also allow for people to be cruel. To have opinions or beliefs that are untrue or bias. That does not make them right: as a Christian, I am called to serve all. To love all. A government cannot allow laws to be put into place that go against our basic human rights. It is difficult to remember sometimes that the standard of living the majority of Americans experience, is not the equivalent of human rights. State of the art technological advancements are not basic rights.

183 Christian realism, while appreciating on the one hand the praiseworthy efforts being made to defeat poverty, is cautious on the other hand regarding ideological positions and Messianistic beliefs that sustain the illusion that it is possible to eliminate the problem of poverty completely from this world. This will happen only upon Christ's return, when he will be with us once more, for ever. In the meantime, the poor remain entrusted to us and it is this responsibility upon which we shall be judged at the end of time. (Mt. 25:31-46)

187 The principle of subsidiarity is opposed to certain forms of centralization, bureaucratization, and welfare assistance and to the unjustified and excessive presence of the State in public mechanisms. “By intervening directly and depriving society of its responsibility, the Social Assistance State leads to a loss of human energies and an inordinate increase of public agencies, which are dominated more by bureaucratic ways of thinking than by concern for serving their clients, and which are accompanied by an enormous increase in spending”.


There is dignity in work. Work dignifies people. It is healthy. To borrow a term, the Social Assistance State puts this dignity into danger.


188 Various circumstances may make it advisable that the State step in to supply certain functions[401]. One may think, for example, of situations in which it is necessary for the State itself to stimulate the economy because it is impossible for civil society to support initiatives on its own. One may also envision the reality of serious social imbalance or injustice where only the intervention of the public authority can create conditions of greater equality, justice and peace. In light of the principle of subsidiarity, however, this institutional substitution must not continue any longer than is absolutely necessary, since justification for such intervention is found only in the exceptional nature of the situation.


In sum, humans find worth in helping others and in community. There are basic rights afforded to all, but we cannot expect the government to serve those that are our responsibility. Some circumstances would warrant temporary interventions, but long term solutions that would have elected officials and taxes do our duties for us do damage to us all.

I return to the statement from the beginning of the post:

"If everyone is fed, does it matter how big the gap is between the wealthy and the poor?"

I think the question is misleading. I think it is not really the right question at all. Are we caring for the most destitute in our communities? We use social service programs like food stamps as a crutch to lean on; an excuse. We use it to imply that those that need food and shelter have it supplied for them, but you know. Only the ones that can't help it. Only the ones that we find deserving enough. We judge and trivialize and minimize plenty. Our duty as Christians is not merely to serve those we feel need our help, but also to serve those that we don't think deserve it. Perhaps the truer and more difficult calling for us today, is to serve not just those in need, but those who are in need because of their own doing. It is easier to swallow helping someone down on their luck than it is to help someone who fell victim to their own devices. Christ didn't choose to die for Himself. He chose to die for our sins. He chose to serve us even though we chose against Him.

There are many forms of poverty. Maybe financial poverty can ideally be resolved with a large budget and wealth redistribution, but poverty will still exist.