The Thing About Rape.

(I forgot to mention over the weekend that I am participating in Conversion Diary's Seven Posts in Seven Days. It will be a good thing for me to work through all of these violence against women posts that have been stirring around in my head! Head over to Conversion Diary for more 7 in 7!)

Women. They come in all shapes, sizes, colors, attitudes. They have different religions, different families, different strengths, different extra curricular activities. Introverted and extroverted. Attached or unattached. Young and old, experienced or inexperienced and everything in-between.

A few days ago, I wrote about the concept of not enough, or scarcity. Sometimes, not enough is a bit normal. Think back to being an adolescent: trying to figure out hormones and the inexperience of youth trying to be adult. I think I had what would be considered a normal amount of this back in the day. I remember bursting into tears one day over a school photo, and "too much forehead." My mom suggested a new haircut, and I was off to find something else about myself that I needed to critique. Today, it seems much worse for young girls.

Let me get back on track before I hijack my own post with Mean Girls and tales of my youth. The point: I had parents that talked to me about sex, dating and even rape. I was just an average kid, trying to get used to growing up. 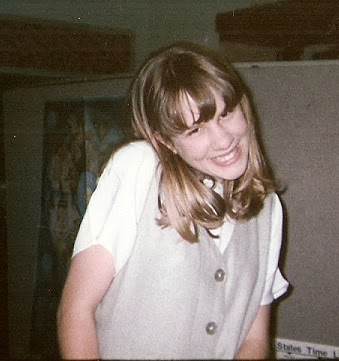 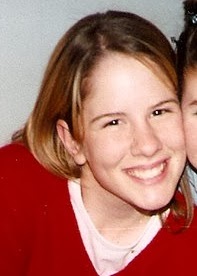 Right: college me
I didn't really feel comfortable in my own skin until college. My freshmen year and most of my sophomore year, I was just happy. Things may not have been perfect in my life, but I felt comfortable with who I was. The following is an excerpt from a post I wrote for The Guiding Star Project (Parts One and Two) last March:

It was Thanksgiving my freshmen year of college. After the standard family time, I had plans to spend some time with one of my best friends. He picked me up and we went to his parent’s house so we could catch up. He told me how his classes were going and all about his most recent break up. I told him about my classes and how I had just started seeing someone new. I remember gushing a little, because I just felt really happy. Within a few moments, the conversation turned and suddenly he was on top of me in the dark. I asked him repeatedly to stop: I reminded him that I was seeing someone. It was as though he could not hear me. I was terrified of the person I thought was my best friend. I retreated inside my head and repeated the Hail Mary as I was certain the night would end in my virginity being stolen. After a few minutes, he sat up and I asked if he could take me home. He talked to me the entire ride home nonchalantly as I stared out the passenger window, relieved that he only assaulted me. I asked my dad to take me back to school early so I could be alone.

It took some time for me to come to terms with what had happened. I over-analyzed everything I had said to him, certain that I just had not been clear enough with him. My confidence was shattered, and I felt used.

I was lucky in a twisted way.

It was a few weeks before I told anyone what had happened. I was fortunate enough to have a best friend that loved me, and encouraged me to be honest and truthful about the situation. That half an hour of my life was powerful enough to have lasting consequences for me and my self-worth. It also impacted my perception of sexual assault victims, especially in one specific way: 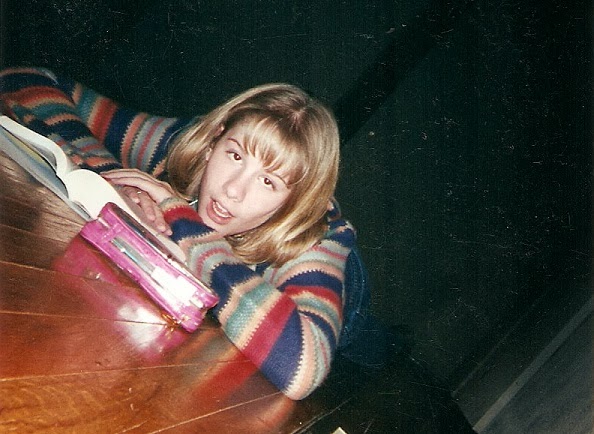 This is a photo of the outfit I was wearing that night. My favorite pair of well worn, boot-cut, dark wash jeans. My favorite fuzzy sweater hoodie with a t-shirt underneath it: perfect for a Kansas November night. I had spent all day with my family and was just visiting my friend. I was not stumbling out of  a bar, in a tube top and Daisy Duke shorts. Even if I was, it did not mean anyone had the right to assault me.

I have hesitated to make this point. The comparison is a moot point, because it truly doesn't matter what you are doing or wearing. If you are unable to give consent, or you say no, it is assault. Period.
One of the campaigns that I love right now, is from Men Can Stop Rape. An Example:

The reason I am writing this post? It is far past time to change our attitudes about rape. Rape culture is pervasive: it victim blames, it gives rapists excuses, and otherwise good people crappy reasons to ignore and minimize rape. Rape should not feel like "the great equalizer" for women. The truth about rape and sexual assault is that it can happen to anyone. It does not just happen outside a bar. The thing about rape, is that it is not ever "understandable" or deserved.
Posted by Unknown at 10:51 AM